The default configuration used by Insert Bulk Bestia is based on the fact that the structure of the source and destination databases is the same. Thus, for the origin it will generate SELECT clauses for each of the tables that will contain all the fields, the order being defined in "sys.columns". For the destination, it will also generate SELECT clauses in the same way. The field matching performed in the SqlBulkCopy statement will be following the order in which the fields appear in both SELECT clauses, not by the name of the fields.

If structure modifications have been made to the target database due to continuous developments, Insert Bulk Bestia does not have enough knowledge to find out the correspondence between the source and target structures. Thus, it must be the application operator that must indicate the relationships by properly modifying the SELECTs described above.

The default behavior of Insert Bulk Beast is appropriate when the target database is a replica of the source database. When will this not happen? This will usually happen when it can no longer be guaranteed that what exists in "production" is the same as what exists in "test" and "development" environments. In those cases, it is best to remove the "test" and "development" databases and start from scratch to create the databases.

Thus, the first step will be to replicate the structure of the production database in the rest of the environments. To do this, you can make use of the resources that SQL Server Management Studio makes available to the application operator. The following figures describe the process to follow to obtain a replica of the source database structure in the target environments.

Note: Although the images show the SSMS interface in English, on certain occasions the corresponding image in Spanish will also be shown in order to facilitate the selection of options for users who very intelligently choose the use and promotion of this language.

First, it shows how to start the wizard that will help to obtain a script with the structure of the source database:

After selecting the script generation for the entire database, it is recommended to select the advanced options (General tab) shown in the following figure. Some of them are described for their special importance. 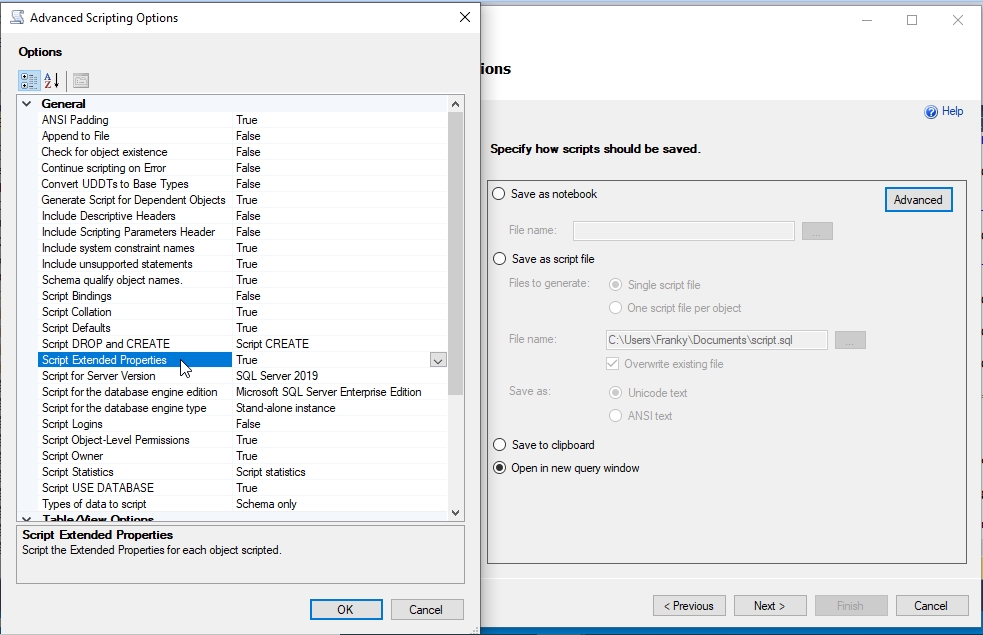 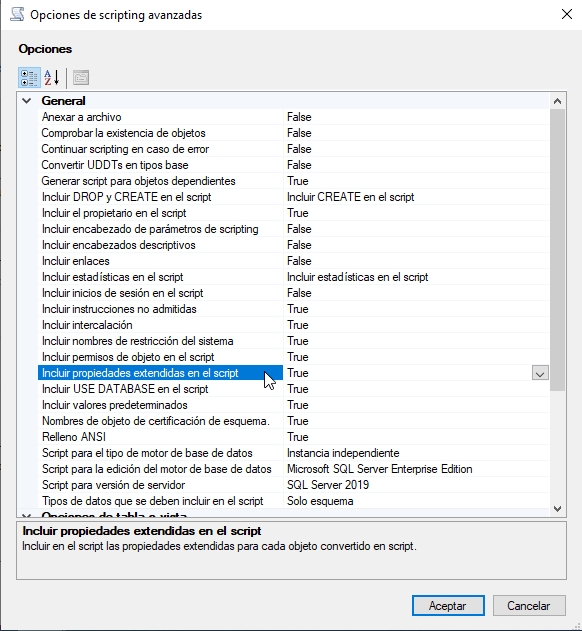 In the "Table/View Options" tab, the recommended selection is as shown below: 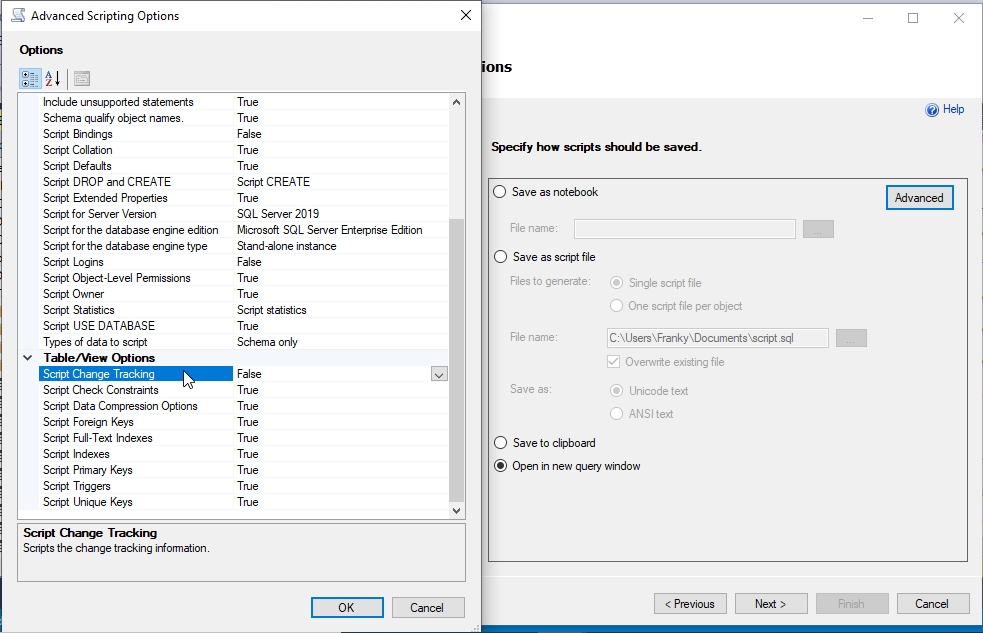 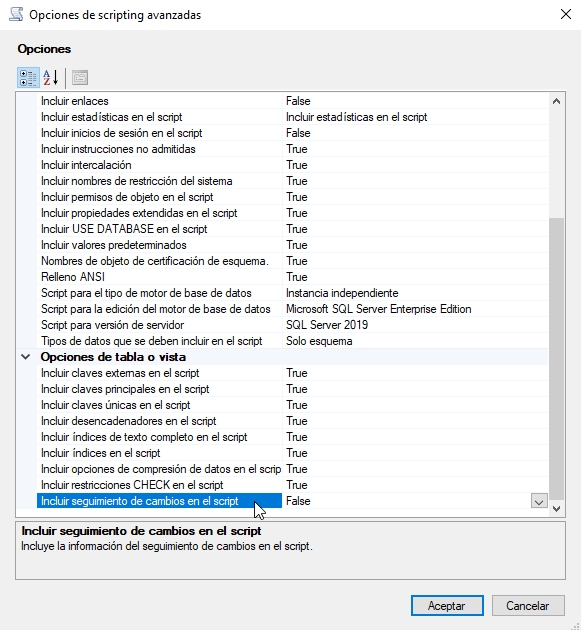 Finally, indicate that if you want another name for the database, you simply have to find and replace that name in the script with the desired one.

The idea is quite simple, which always leads to great complications. Broadly speaking, the steps to follow are: 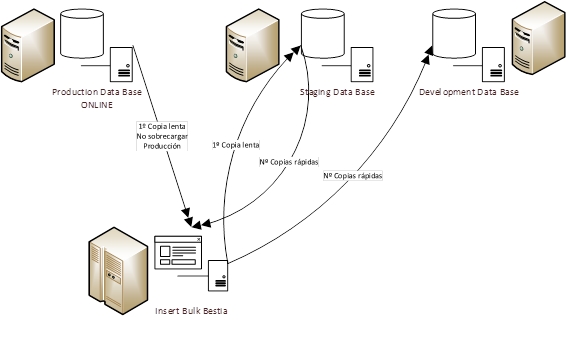 To do this, Insert Bulk Beast is designed to create certain objects in the source database that have their replica in the target database. The objects that Insert Bulk Bestia creates in the origin are:

Finally, there are two objects, which are also created at the source, and whose operating strategy should be detailed so that the operator understands what possibilities they have when programming custom actions so that the data load adjusts to their needs:

The main advantage is that with this strategy, the operator can have centralized in the main database all the customizations that make the application fit his needs. Once performed, each time you regenerate the structure of the target databases, it will take all the customizations with it, thus avoiding having to modify the behavior of Insert Bulk Bestia each time you execute a load of data.

Conversely, if you cannot modify the main database, you will have to use alternative strategies to preserve your customization, such as saving the scripts with the customizations and running them after a restore of the target database.

This strategy will be modified in the future to accommodate other data sources, such as Oracle, for example.

The steps that Insert Bulk Bestia performs during the entire process of executing a given configuration are as follows: